MSP Joan McAlpine used a speech in parliament to highlight the risk Brexit poses to Camphill communities – including award winning local creamery Loch Arthur.
Today, young Europeans make up 68 per cent of Camphill’s volunteers – many of whom stay in Camphill and raise families there long after their placements are finished.
Ms McAlpine warned that this is under threat after Brexit.  If EU citizens who arrive in future are treated as third-country nationals, voluntary placements will mean they do not meet residency criteria.
She underlined the need for a bespoke immigration system in Scotland – one which is compassionate and responsive to Scotland’s needs.
Commenting, the SNP MSP said:
“Loch Arthur and other Camphill communities are very special places where people with support needs live and work collectively – in shared houses – with volunteers.  Many stay for decades, and form strong, familial bonds with those they support.
“I am extremely concerned that these long term volunteers will no-longer be able to meet residency rules post Brexit – and will be made to leave.”
Speaking during the debate, Ms McAlpine said:
“Camphill is one example of the wider humanitarian contributions that EU citizens make to Scotland and the UK as a whole. People from the EU are volunteers, active citizens, good neighbours and social entrepreneurs.
“They are priceless and irreplaceable.”

Ms McAlpine supports the devolution of power over immigration to the Scottish parliament – and pointed out that the Canadian Provinces and the cantons of Switzerland already operate distinctive migration policies – as do many federal states.

“Scotland should introduce an immigration system that is compassionate. We should take our lead from organisations such as Camphill, which was founded by European migrants who were determined to make a difference to the lives of vulnerable people in Scotland.
“We need an immigration system that values people not just in the monetary sense but for their priceless contribution to our society.”
After a visit earlier this month, Ms McAlpine appealed to the Home Secretary to protect Loch Arthur from the effects of leaving the European Union.

The MSP wrote to Amber Rudd after a visit to Loch Arthur in Beeswing, which is run by the Camphill Scotland charity.

The SNP has also tabled an amendment to the European Union (Withdrawal) Bill on behalf of Camphill Scotland, the ALLIANCE and other organisations, which would require the UK Government to make arrangements for an independent study of the impact of the Act and Brexit upon the health and social care sector across the four nations.
The amendment currently has the backing of 49 organisations across the health and social care sector.
Ms McAlpine said:
“I have written to the UK Home Secretary to try and get some clarity on this matter, and have asked for the forthcoming immigration bill to consider making exceptions for communities such as Camphill.
“It is good to see the SNP in Westminster supporting the Camphill community and I hope the amendment to the EU Withdrawal Bill can gather enough support.”
The full text of the debate can be found here. 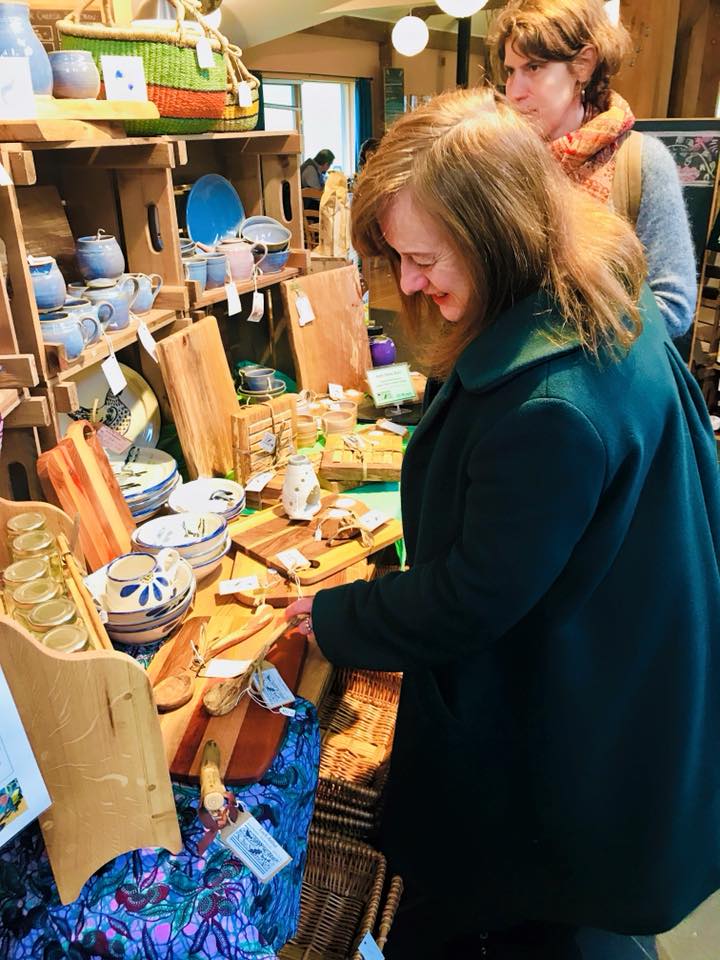 This site uses Akismet to reduce spam. Learn how your comment data is processed.

🔎 The UK government has admitted to putting Scotland at a Brexit competitive disadvantage – despite Baroness Ruth Davidson and David Mundell saying this must never happen.

❌ The Westminster system is broken. With independence, we can escape this Tory Brexit disaster.

Let there be no doubt that our destiny will be in the hands of the people of Scotland, it will be our right to choose. Sovereignty rests with those in Scotland. Let us keep the heid, show leadership, show a unity of purpose and win the day. https://twitter.com/scotnational/status/1352727632673173506

In Saturday’s National we can reveal the SNP’s plan should Boris Johnson refuse indyref2 – ask the Scottish people for a mandate, hold a legal referendum and dare Westminster to challenge it in court.

Pick up the paper to read our report first. 🏴󠁧󠁢󠁳󠁣󠁴󠁿

Three Post Offices in Thornhill, Gretna and Georgetown are all set to close in February. Although Post Office insist they are looking for new partners to run the services, they have admitted that they...
View on Facebook
· Share

Welcome extra funding will support unpaid carers in Dumfries and Galloway to take a break from caring roles. The additional investment was announced by the Scottish Government this week. A total of £...
View on Facebook
· Share

South Scotland MSP Joan McAlpine has written to Post Office bosses to express her dismay at news that their counter service in Thornhill is set to close at noon on the 20th February. An official state...
View on Facebook
· Share