Joan McAlpine MSP has backed calls for an investigation into the source of mysterious cash donations to the local Conservative Party.

It was revealed this week by Investigative Journalism platform ‘The Ferret’ that Conservative Party branches in Dumfries and Galloway have been the biggest beneficiaries of large donations from a mystery trust.

Sixteen donations from the Scottish Unionist Association Trust (SUAT) – a secret organisation without a fixed address or known current trustees – totalling £56,100 went to party branches in Dumfries and Galloway.

The House of Commons Scottish Affairs Committee Chair Pete Wishart has now raised a complaint with The Electoral Commission, that regulates election spending – asking for an investigation. There are concerns that unincorporated organisations  could “exploit loopholes in electoral law” and “shield political donors from scrutiny”.

The news comes after it was revealed by the BBC that another secret trust with strong links to a senior Scottish Tory funnelled large sums of money to the DUP ahead of the Brexit referendum.

“It is very concerning that a murky organisation which has been bankrolling the Tories across Scotland has donated the largest sum of money to branches in Dumfries and Galloway. Though given the mountain of electoral material dropped through local letter boxes, maybe not so surprising.

“It’s difficult to know where that money comes from because these trusts refuse to reveal their trustees or donors.

“This latest revelation comes just days after the BBC uncovered a trail of illegal activity from Senior Scottish Tory Richard Cook – the man behind yet another shadowy trust known as the Constitutional Research Council. The CRC was responsible for a record £435,000 donation to the DUP in the lead up the EU Referendum. 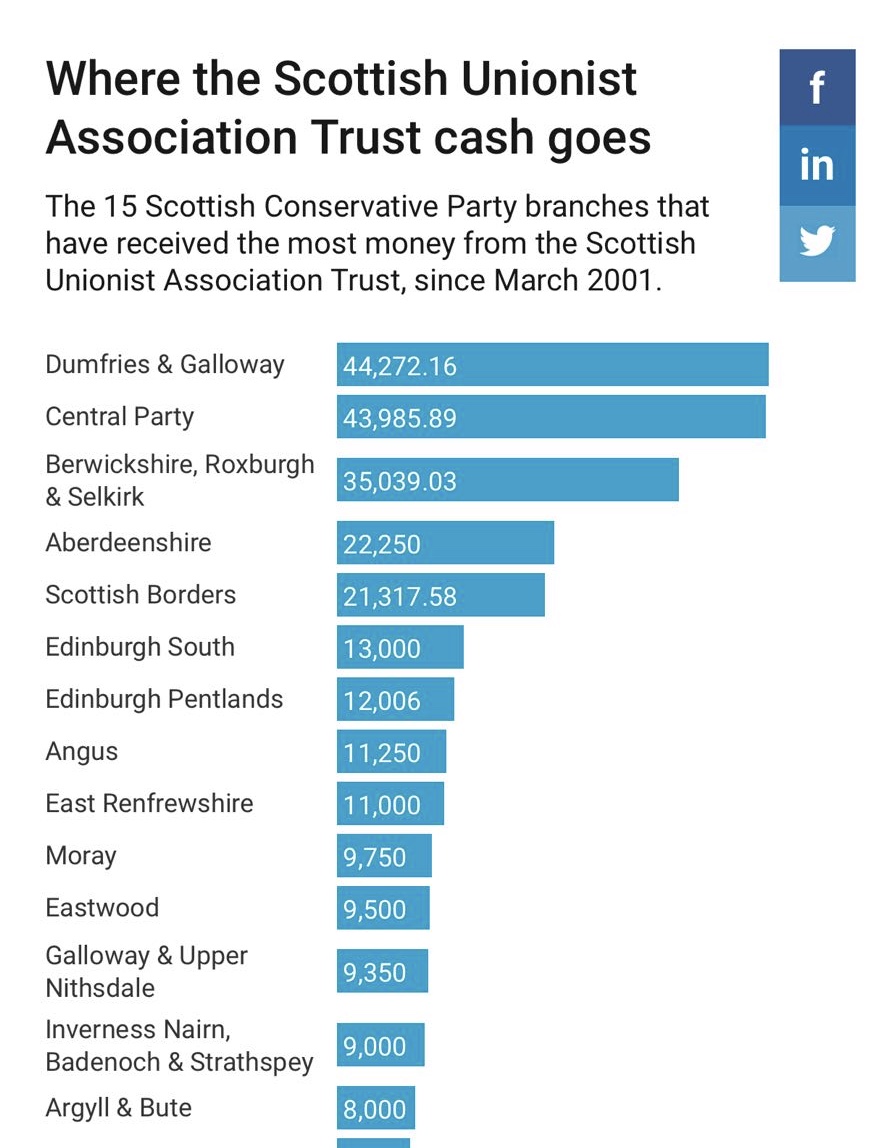 This site uses Akismet to reduce spam. Learn how your comment data is processed.

🗳 @KaukabStewart was the first woman of colour to be elected to the Scottish Parliament, in May's election.

🏴󠁧󠁢󠁳󠁣󠁴󠁿 With the full powers of independence, we can build a fairer, more equal Scotland - and maximise our potential.

❕ 📻 @StephenFlynnSNP tells @BBCRadioScot that “politics is about priorities” and that the Chancellor has his all wrong.

@RishiSunak is preparing to:

❌ …yet cut Universal Credit to the countries poorest.

🗳️ Kaukab Stewart made history as the first woman of colour elected to @ScotParl in May.

🤝 We're determined to tackle inequalities and barriers to politics, to ensure there's many more to come.

📺 Watch the SNP's Political Slot after @Channel4News at 19:55 with @KaukabStewart.

South Scotland SNP MSP Emma Harper has welcomed the finding of maladministration against the Department for Work and Pensions, following a review which was carried out by the Parliamentary and Health ...
View on Facebook
· Share

South Scotland SNP MSP Emma Harper, following correspondence from constituents, has raised the issue of a backlog of people waiting to sit both their theory and practical driving tests with the Scotti...
View on Facebook
· Share

South Scotland SNP MSP Emma Harper has continued to press for action over a number of derelict buildings across Dumfries and Galloway and the Scottish Borders by asking the Scottish Government about a...
View on Facebook
· Share